In Aosta Valley for … 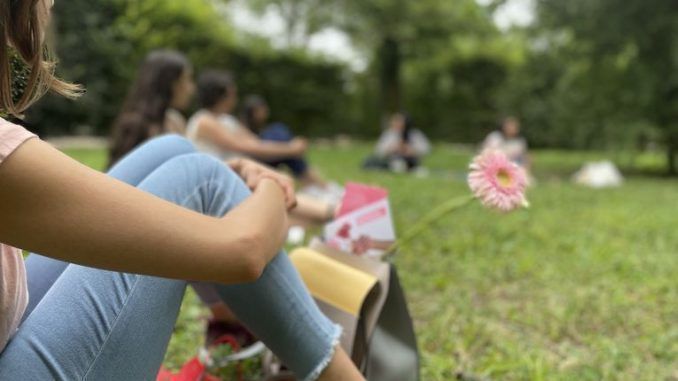 In Aosta Valley for the first time, a law protects women with endometriosis

A first for the female population in Valle d’Aosta, which lives with the chronic disease that affects 3 million women in Italy, to get Essential health services, therapeutic pathways and important exemptions on drug therapies. A very important initiative that came out of the collaboration of the Aosta Valley Region with the A.P.E. Endometriosis Project Association and from the efforts of the regional counselor Andrea Manfrin, First signatory of the bill.

The aims of the legislative measure

The aims of the legislative measure are mainly: prevention and early diagnosis of endometriosis, fundamental to limiting the damage caused by the disease; the promotion of the knowledge of the disease and its effects in the health, social and employment spheres; access to services and benefits provided by the regional health service; prevention of complications, diagnosis and the quality of care. “The law, once passed, will be of great support for women,” explains Silvy De Francesch, psychologist and psychotherapist, Among the volunteers of the A.P.E. who collaborated in the development of the proposals -.

The measures include a service of counseling and psychological support for patients with endometriosis, which is crucial to bring attention to the psychological and emotional aspect, which is often underestimated, and which is expanded here to the topic of sexuality and the couple, sometimes still a taboo subject. It is important for women not to feel alone and different, and to send the message that these issues can be talked about.”. Among the bill’s initiatives is the encouragement of the collaboration between medical and professional figures dealing with the disease, to apply multidisciplinary methodologies: care pathways must in fact be personalized with the intervention of different professionals (from gynecologist to radiologist, from nutritionist to psychologist).

In addition, specific initiatives are planned for training for health personnel, which becomes relevant in order to quickly diagnose the disease-whose diagnostic delay ranges from 5 to 8 years-and refer women to specialized centers. The law is also a first step toward obtaining exemption, in whole or in part, on treatments, which are often very expensive, and to give more options to women, who are often forced to seek treatment outside the region, incurring stress and huge expenses. In addition, there will be incentives for Information and awareness campaigns on endometriosis, in collaboration with voluntary associations, and training in schools.

“Changes have taken place in recent years regarding awareness of the disease,” he stresses Silvy De Francesch -, from disinterest and lack of knowledge to more attention to prevention. Several schools, for example, last year embraced the projects of the A.P.E. Dedicated to female students in third, fourth and fifth grade. The regional law is a starting point, but we are in the right direction.”.

Finally, the legislative proposal indicates the establishment of a observatory to collect data and statics on endometriosis. To date, there are only partial estimates related to hospitalizations, which amount to about 1,500 women a year.

Endometriosis is a chronic inflammatory disease that affects about 10 percent of the female population of childbearing age in Italy, although the data are extremely biased and probably underestimated. The most common symptoms are: severe menstrual pain and at the time of ovulation, recurrent cystitis, bowel irregularity, heaviness in the lower abdomen, pain at sexual intercourse, infertility in 35 percent of cases. For a disease whose causes are still unknown, for which there are no definitive cures or medical pathways of prevention, in order to limit the damage that endometriosis causes, it is essential to make information to create awareness!