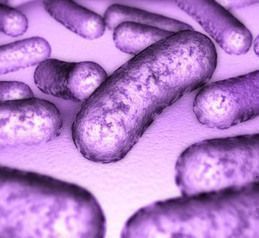 Issued on decree signed by Commissioner Nicola Zingaretti with which the role of theI’Inmi Spallanzani is strengthened as lynchpin of the regional health system against contagious diseases. With the decree of Sept. 25, the historic hospital on Portuense is in fact recognized as the Regional Service of Epidemiology, Surveillance and Control for Infectious Diseases (Seresmi). The new role entrusted to Spallanzani stems from the need to field A network of study, prevention and control of diseases such as Ebola, but also of surveillance with respect to the reappearance of infectious diseases that were thought to have been definitively eradicated, such as TB, and instead have become widespread again, traveling in tow with the great ongoing migration phenomenon from poorer countries. Seresmi will be based at the Spallanzani and its task will be to put in place active policies to improve surveillance through the epidemiological study of the data provided from the information network and thus also improve the system's responsiveness in terms of effectiveness and timeliness, and in establishing control and prevention programs. Also entrusted to Seresmi to produce and process statistics and an epidemiological bulletin.

The new structure is to coordinate the interventions of health agencies aimed at preventing the outbreak and spread of infectious or parasitic diseases. Seresmi's scope of action is defined in the 10 articles that make up the memorandum of understanding signed by the region with the Inmi Spallanzani.

"In the regional health circuit, we have a structure, recognized as of excellence in the national and international field regarding diseases, contagious and parasitic – says Zingaretti – that we want to enhance because it can represent the extra gear of our system and to ensure surveillance and preventive action made of great competence to the benefit of the serenity of our citizens".